It’s Greek to Me – Adventures in Athens and Beyond

It was so exciting to set off for the land of gods, goddesses and blue domed churches with white-washed walls. Finally! I was scheduled to see Greece in July of 2015 but the news stories about the bank closures resulted in the tour being canceled.

I decided I was going in 2016 no matter what. So I stashed lots of euros in my shoes and off I went in late September. Sans tour.

Turns out, the media gave Greece a bum rap last year. Every Greek business owner I spoke with said 2015 was their best year ever for tourism profits despite the summer banking crisis.

And 2016 looked to be doing pretty well, too. It was packed everywhere we went. We ran into a couple from Cape Town who said they’d been in June and were back again because they liked it so much. Same for another couple from Yorkshire Dales in England. We were the newbies among so many repeat visitors. They had lots of good tips, though, that you couldn’t get from any old guidebook.

The Parthenon was my favorite ancient site on the mainland with the Oracle of Delphi coming in at a close second. I took Greco-Roman history and love mythology so it was a goosebump-inducing time when I saw where Plato and Socrates stood and orated.

But now I know what “it’s Greek to me” really means. Trying to find your way around a strange city is hard but trying to do it in a language that doesn’t even have the same letters is even tougher. In all fairness, most signage was in English as well as Greek but we still couldn’t read or say any of it… remotely. My brain and tongue stuttered so hard on the Greek symbols and syllables that by the time I looked at the English it was too late… I was already totally befuddled.

Being resourceful, MacGyverish-type travelers, we took cell phone pictures of where we wanted to go and showed it to locals who’d direct us when to get off the plane, bus, cab or ferry. I think the only thing we didn’t ride were the donkeys in Santorini!

We also noticed lots of graffiti on all of the buildings in Athens. When I asked the locals what it meant, they said they didn’t know as they didn’t understand it.

Having spent my entire career as a writer, it reminds me again of how important clear and concise communication is. When I find myself using esoteric verbiage in something just to un-bore myself, I remember: what’s the point if no one gets it?

But I digress. Back to Greece and its islands.

Best Experience
Drinking wine and seeing the Parthenon lit up at night from the top of Lykavittos Hill.

Worst Experience
Getting seasick on the fast ferry to Mykonos. The entire boatful of 200 people got sick! It was like a bad movie.

Best Myth Justification for Stupid Manmade Law
Athena (goddess of wisdom) and Poseidon (god of the sea) fought over patronage of the city of Athens. The city said whoever gave them the best gift would get naming rights. Poseidon gave them a spring of salt water. Since they couldn’t drink the water, Athena won because her gift of an olive tree provided not only food, but also wood to build boats and houses. Legend has it that most of the women voted for Athena which ticked Poseidon off. He told the men in the city from there on out that women were forbidden to vote. Ironically that next week we may see the first woman U.S. president. Take that, Poseidon!

Biggest Letdown
We visited Knossos – the palace of King Minos and home of the mystical minotaur – but no labyrinth! The guide said the palace had over 500 rooms so that would explain why people were always getting lost.

Greek cheese, however, is great. And so much of it: Metsovone, kopanisti, kefalotyri, saganaki, kefalograviera, katiki domokou, graviera and the list goes on.

Once people heard us speak and realized we were Americans, they started talking to us about our presidential election. One woman from Jerusalem was very well informed. When we remarked on it she said, “We can’t afford not to pay attention to politics where I’m from.” Made me blush to think she probably knew more than I did about the issues.

Despite not-so-stellar performances from both presidential candidates and all our other problems, a well-to-do woman from Buenos Aires said to me, “I would love to live in America. You have no idea how hard it is to live in Argentina. You have it so good.”

Ah, a light at the end of the artfully-painted tunnel.

Amen and Efcharisto (thanks in Greek)

Cindy Byington is our dog-loving, tea-drinking, Senior Account Manager and creative veteran. If you’ve ever been to Grandview, you’ve probably crossed paths.

Quaran-teamME-ing: Rooms with a View 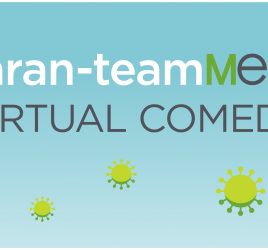 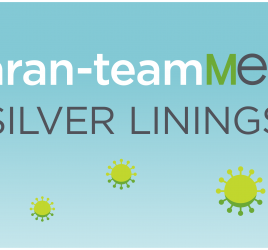